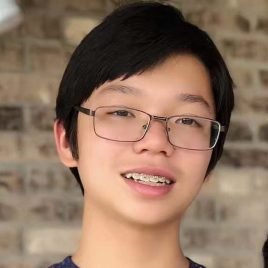 Angelo Pan is 14 years old and a 9th grader at Daniel Hand High School in Madison, Connecticut. He has been studying piano with Mrs. Sylvia Chambless for 6 months. Previously, he studied with Mrs. Jasmine Steadman and Mr. Larry Graham for 5 years starting from around early fourth grade. Angelo is a fast learner and greatly enjoys the learning experience with his piano teachers and has shown significant improvement in his music knowledge and piano skills. In April of 2015, Angelo received 2nd Place in the Competitive Division IIA of the Schmitt Music Competition and 2nd Place in Division II of the Kawai Piano Competition. Seven months later, he won 1st place in the Middle School Division of the Steinway Piano Concerto Competition as the youngest player with only 2 years of experience in studying piano. On December 31, 2016, New Year’s Eve, Angelo played with Colorado Symphony in the Boettcher Concert Hall as the only solo player. On April 22, 2018, He won the 1st place in the Yamaha Competition and was listed in the Honorable Mentions in the Steinway Piano Competition.
His interests besides piano are math, science, soccer, and skiing. He maintains an A average in his academic studies.