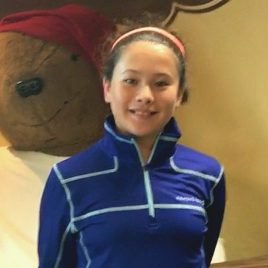 Elise Uhde is a sixth grader at Campus Middle School in Greenwood Village, CO.  She loves dogs and puppies. She wants a corgi, a husky, or a golden retriever when she grows up. She is very fond of the South Korean band, BTS, and loves Jungkook, one of the band members!  Elise is planning to attend college to become an orthodontist. She also wants to go to culinary school. Elise loves the beach and sunny weather, so when she grows up, she wants to live in either Florida, Hawaii, or Australia.  She loves going around the world and exploring new places. Elise loves to bake, do crafts, and give her final products to her friends and family.

It was a dark and windy Halloween Eve night. The wind howled like a wolf under a full moon, carelessly shaking the old abandoned house on south Newsome Circle. It was the last in the row of well-lit homes. The teenage eighth-grade boys named Marcus, Jonah, Harry, and James started to run to the house. As they slowly stepped on the moss-covered concrete next to the cemetery lawn, the wind blew stronger and the windows rattling were the scream of children getting their shots. The boys fearlessly went to the door with their fluttering candles. As they went in the broken glass door, all their candles went out and the boys were never seen again.

The boys went through, as they were not troubled about their candles. They slapped the walls so hard the house could crumble into pieces. They finally found a light switch. As they flicked it up nothing happened. As they tried to find another switch, a cold, boney, long-nailed hand held a tight grip on one of the boys. That boy agonized to pain as the strong hand slowly closed around the boy’s neck until it was skinny as a thread.

There were only three boys left as they carefully tip-toed over the broken glass. In big crates they saw lives of dogs disintegrating, though they were still alive, blinking, breathing, beating. A putrid, foul scent hit them. As a boy walked over to the crates, he slowly undid the lock. He carried the dogs out to the lawn as they thanked him with their eyes. As he went back to his friends, they were gone, traveled upstairs and left him. He locked the crate. Yet, he was stuck in it as the enchanted cage captured and locked him in the rotting plastic trap. 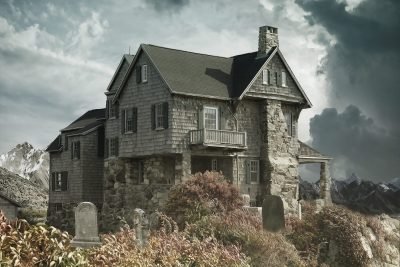 As the two remaining boys went up the endless 130 degree angled stairs, it seemed like 1000 years. They finally reached the top of the stairs. The acrid-flavored air hit them in the face like being hit with a soccer ball. Leaving the boys with singed throats and nostrils.  They slowly looked around on all the rooms they found a little glimmer of light. They slowly were walking towards the light, feeling drawn to it, as if they were under a spell.

There, in front of them was the so-called monster that lived there. The monster was hunched over in a dark black cloak. The boys blinked, then the monster was gone. Though the light was still flickering one boy walked all the way to the flickering light. In a millisecond the monster was right behind him and pushed him into the now dying flickering light. The boy was pushed into boiling oil making the perfect fried meal for the monster. The screams of the boy were unforgettable and they repeated in the standing boy’s mind. They were like the screams on the fourth floor in the Stanley Hotel.

Again, the monster disappeared. The last boy shook in fear, he didn’t know his fate because what happened with his friends. The last boy felt his two hands were clasped in one, cold, boney, long-nailed hand. He was being dragged off into another room where sat a garrote ready to be used. The old, dry-blooded piano wire was wrapped around the boy’s neck. The monster took the wire, slicing through the arteries of the boy’s neck, strangling him to death. 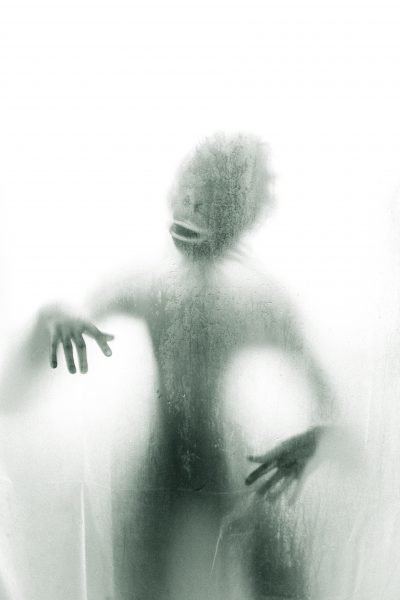 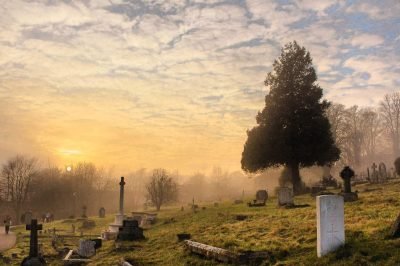 It was a dark and windy Halloween Eve night. The wind howled like a wolf under a full moon, carelessly shaking the old abandoned house on south Newsome Circle. It was the last in the row of well-lit homes. Four teenage eighth grade boys started to run to the house. As they slowly stepped on the moss-covered concrete next to the cemetery lawn, they saw four gravestones engraved with the names Marcus, Jonah, Harry, and James. The gravestones seemed over 100 years old, they were covered in spider webs and the discolored basalt. The boys fearlessly went to the door with their fluttering candles. As they went in the broken glass door all their candles went out and the boys were never seen again.